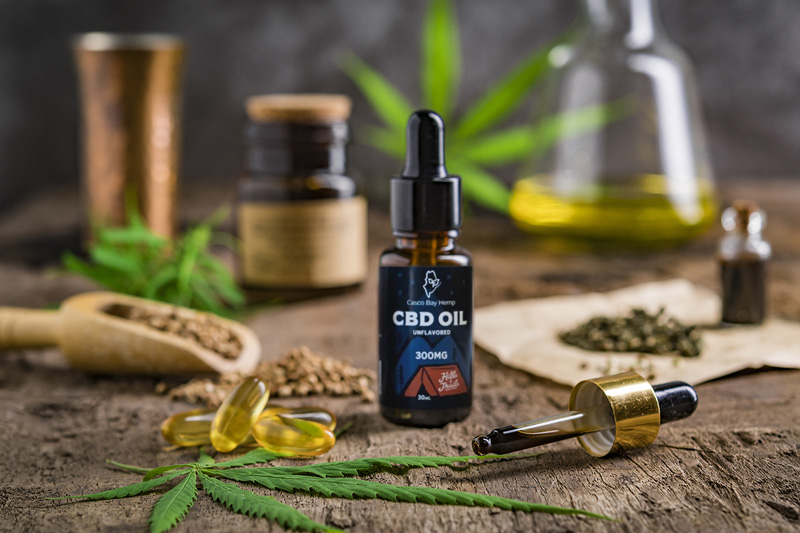 For as long as most of us can remember the prohibition on cannabis has existed due to misconceptions of its use leading to violence, addiction, poor mental health, and crime. Overdramatized media portrayals of hemp use have wrongfully taught the world that it is immoral and dangerous, however, over the past few years that stigma has slowly begun to dwindle with the rise in popularity of Cannabidiol, more commonly known as CBD.

The plant known as cannabis grows flowers which contain a natural psychoactive chemical known as THC; which causes the “high” people feel when they smoke or ingest it. THC is categorized as a cannabinoid, as is CBD, and they are just two of hundreds of cannabinoids found in the cannabis plant; the biggest difference is CBD is fully legal due to the fact that it’s not psychoactive at all and won’t cause any sort of mind-altering experiences when ingested.

The world initially started changing their tune on cannabis in the 21st century when a multitude of studies began revealing that it had a ton of medical benefits for patients with cancer, epilepsy, arthritis, etc. The wide variety of ailments that cannabis was proving to alleviate is what led it to becoming legalized for medical use in over thirty countries and 36 states in the US. Once CBD products began to hit the market, medical cannabis users realized they could still feel the relief that the cannabis plant provides without experiencing any psychoactive effects, leading to the conversation surrounding cannabis and the benefits of CBD to become mainstream.

Eben Sumner is the CEO of Casco Bay Hemp, one of the largest and most popular CBD distributors in the state of Maine, however, Casco Bay Hemp is more than just a typical retail company. They work to not only educate the community on the specific benefits of CBD, hemp, and cannabinoids in general, but also help other up-and-coming CBD brands find their footing in this industry that is now growing exponentially around the world.

“CBD’s rise in popularity, and the fact that it’s perfectly safe and legal, has allowed us to start treating people globally who may not have even known that it was an option for alleviating their pain in the first place.”
Sumner and his father initially owned a medical hemp business in Maine around 6 years ago. After about three years in the business, CBD began to rise in popularity, and Sumner claims to have seen right away that it would be a major game changer in the hemp industry. So when one of his partners, who also worked in the medical hemp field, expressed interest in creating CBD products that would be able to be globally distributed, the two began working on what is now Casco Bay Hemp.

Before that point, Sumner and his father were only able to distribute their hemp products in Maine, so when more information regarding CBD, cannabinoids, and hemp in general began circulating, “it just made sense that [they] would take advantage, and create new products that could now be internationally distributed. It was a major step to not just be pigeonholed to Maine since THC is not federally legal, and before that point [they] could only treat people in state.” The legality of CBD is what also allowed them to create a greater online presence and start to become more well known across the country and globe. Beyond getting their products out there, however, the company has always had a secondary goal of educating the general public on hemp, and breaking down any stigmas that still exist in society regarding cannabis.

For first time CBD users who are still slightly skeptical of using a hemp-derived product, Sumner likes to make sure that they receive all the necessary, and accurate, information regarding the specific product they’re purchasing. “For individuals who have never used cannabis before that may be skeptical to even a low dose CBD gummy, I typically tell them that they could eat the whole bottle in one sitting and not feel high at all due to the fact that it’s not a psychoactive cannabinoid, from that point forward I then educate about all the specific benefits that a certain product can help them with.” Casco Bay Hemp has a wide variety of products ranging from oils, edibles, and even treats for your dog, which allows them to help a larger pool of customers with whatever ailments they may be struggling with.

Sumner also always asks people first and foremost if they’re a cannabis user, as he claims that any individual with experience taking CBD, and cannabis products in general, will need a higher dose of the CBD to feel its relieving effects. He always recommends slowly increasing dosages until you do feel that relief, and then remaining at that dosage to keep your tolerance stable. Most importantly, Casco Bay Hemp is concentrated on full transparency when it comes to informing their clients about what they’re buying.

Casco Bay Hemp uses third party Certificates of Analysis that every customer has access to via a QR code on the packaging of every product. Customers can simply scan the code on their phones and they’ll see the certificate of analysis that shows them exactly what’s in the product, how much of every ingredient is in that product, and, most importantly, that it’s completely safe.

“The biggest thing Casco Bay Hemp emphasizes is transparency. We’re very heavily information based, so we want our CBD products and services to provide as much information as possible to the consumer.”

This level of transparency is extremely important in the CBD industry specifically due to the fact that CBD is not federally regulated by the FDA. This makes it easy for “gas station variety companies” to sell and advertise products as containing CBD, when really they just contain trace amounts of hemp seed oil that don’t provide any relief. “You see a lot of brands appearing and profiting off the CBD name just to make a quick buck meanwhile users don’t even know what they’re putting into their body.” In order to prevent the continuous distribution of knock-off CBD products, Casco Bay Hemp also provides manufacturing services for individuals or businesses who are wanting to create their own line of legal and safe CBD products.

“In a nutshell it’s a one stop shop for all things CBD. We’re an open book and people can come to us with an idea and we’ll make it happen because we’re also a manufacturing business.” Eben and his partner both have previously worked at their own marketing companies, which allows them to help anybody who’s interested in breaking into the industry. Individuals can simply go to the Casco Bay Hemp website and send in whatever idea they may have and a team member will then contact them to begin the process. “People could come to us with the smallest of ideas and we can develop products, do their graphic design, and do the marketing. Our company has kind of grown sideways from where it started at a retail level because now we’re a wholesale, retail, marketing, manufacturing, and product development business,” however, this allows Casco Bay Hemp to not only continue the work of educating and providing safe legal CBD products to the public, but also allowing other companies to do the same. After Casco Bay Hemp initially works with a client on their product vision they’ll then create and ship it to the client and from that point forward they can either continue on their own, or Casco Bay Hemp can assist them in creating a larger ecommerce presence.

Casco Bay Hemp is also just as concentrated on fundraising as it is on educating. Just last year the company collaborated with Hills & Trails, a lifestyle/clothing company based in Maine, to help raise money for the Biddeford Food Bank. Hills & Trails provided the packaging for a 300 mg CBD tincture in which 100% of the profits were donated to the food bank to help them cope with the Covid-19 pandemic. Now, Casco Bay Hemp has announced that every quarter a charity will be chosen to fundraise for in order to help local communities that are struggling greatly due to the pandemic. Most of these fundraising efforts will likely be collaborations like the first one to raise awareness, as well as education on all the benefits CBD has to offer.

Sumner is also a member of the Maine Growers Alliance, a group of mainly medical hemp cultivators that work together on fundraising efforts for non-profit organizations, as well as political efforts to push the right bills and people in place so that CBD and hemp products in general can become more safely regulated throughout the US. While it’s clear that a majority of individuals see the amazing health and economic benefits of cannabis-derived products, the industry needs more federal support to ensure that every product on the market is safe and well regulated. Casco Bay Hemp has made a promise that they will continue to help promote, educate, and create safe and effective CBD products that benefit the community as much as it benefits the individual.

This article was originally posted by The National Digest